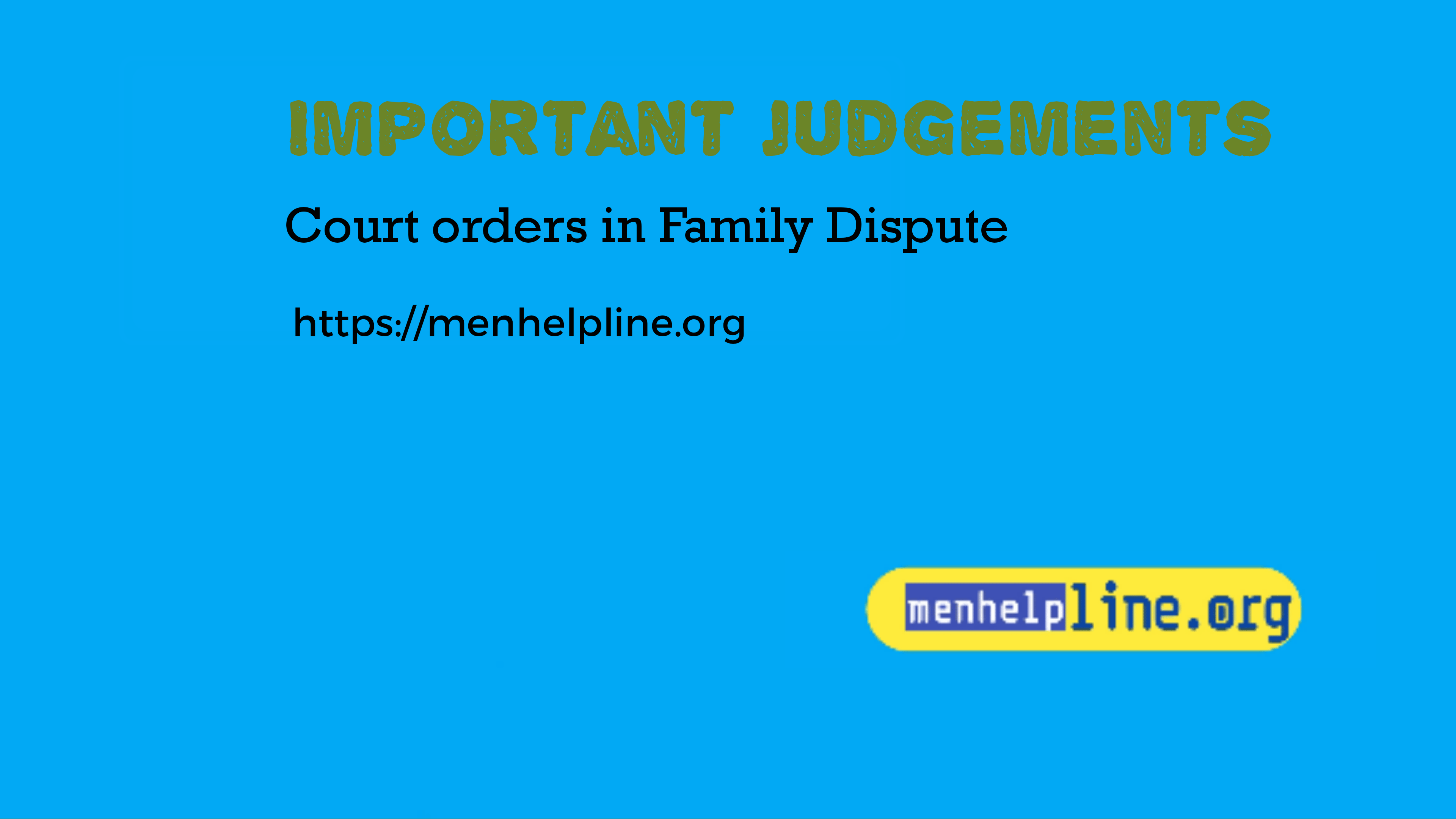 In the matter of Satvir Singh And Ors vs State Of Punjab And Anr, Supreme Court (SC) defines occasions related to Dowry. Bench at SC defines three occasions of dowry, Before, after and Time of Marriage

“there are three occasions related to dowry. One is before the marriage, second is at the time of marriage and the third is at any time after the marriage. The third occasion may appear to be an unending period. But the crucial words are “in connection with the marriage of the said parties”. Other payments which are customary payments e.g. given at the time of birth of a child or other ceremonies as are prevalent in different societies are not covered by the expression dowry”

Satvir Singh And Ors vs State Of Punjab And AnrDownload

Like Loading...
Categories:Dowry Harassment, IPC 304b
| Tags: How to Fight False 498a, Dowry definition, False IPC 498a, Not Under Dowry, Occasion of dowry, Satvir Singh vs State Of Punjab

One thought on “Three Occasions of Dowry, Before, after and Time of Marriage : SC in Satvir Singh Case”