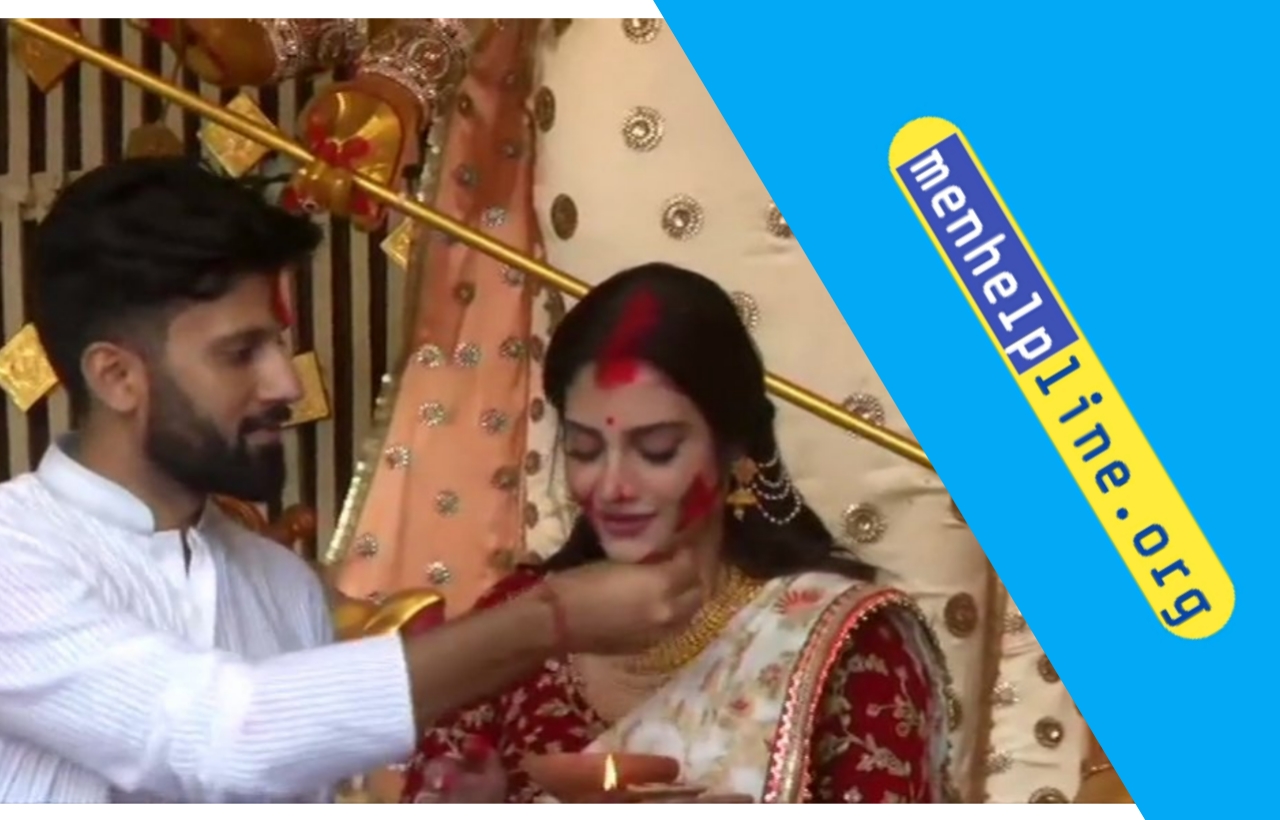 Actress-turned-politician Nusrat Jahan has made a shocking denial of her marriage with Nikhil Jain, which Nusrat and Nikhil tied knot in year 2019 in a Turkish town.

Nusrat’s denial of matrimonial relationship with Nikhil is nothing but the result of immense women empowerment in our country. What she is saying may be legally correct but morally it is not. While she has accepted her marital status as married in her election affidavit.

I said, ‘immense women empowerment’, is just because, our system always see a woman as innocent while sees a man as perpetrator. The legal system uses a word ‘prima facie’, which is solely based on woman’s testimony. And all this is happening only because of feminist propaganda which has poisoned the mind of the society, I say this a ‘toxic feminity’.

What if Nikhil Jain had refused

‘हिम्मत है क्या किसी की, चक्की पिसेगा जेल में’, yes this not ver-adverb but a reality. In such a situation, feminists would have started protesting on the streets, the boy would have been accused of serious allegations like rape, the boy’s family members might have to face social boycott, and many legal and social complications would have to be faced.

Will Nusrat be expelled from the position of MP

I seriously doubt it, but I firmly believe that if there was a man who had given false information about marital status in his affidavit, he would have been expelled by now.

Marriage is a principle in itself

However marriage is based on some principles, but I say, marriage is also a principle itself, which derive one’s family, then the society and then the Nation.

According to her, the marriage solemn in a Turkish town is invalid in India.

This raises a question that whether a marriage is necessarily be legally correct not ethically or morally?

Marriage is not about Adultery

A marriage is all about trust and bonding of its own kind between a husband and wife. It’s about the experiences and understanding the two made.

But a marriage certainly do not allow, to be in relationship with many, that in one country one is wife of ‘Mr. A’ and when she moves to other country then her husband is ‘Mr. X’.

Although we understand that India is a liberal country, which does not criminalizes such adulterous relations, but as laws has been framed in such a way that it criminalizes being a husband, which gives freedom to the woman in other ways as well, the freedom to go into adultery by accusing her husband by misusing the process of law. So essentially it leads to more adulterous woman.

The law still exists, then what’s the point talking about adultery

Yes the laws still exists, but as I said India is liberal country. So a man can only approach to court to get divorce in such a scenario, and he can get divorce only if he has enough evidences. In case if it is lacking, then what the legal system sees, is that the husband is harassing his wife in every possible way.

See below, what netizens talking: