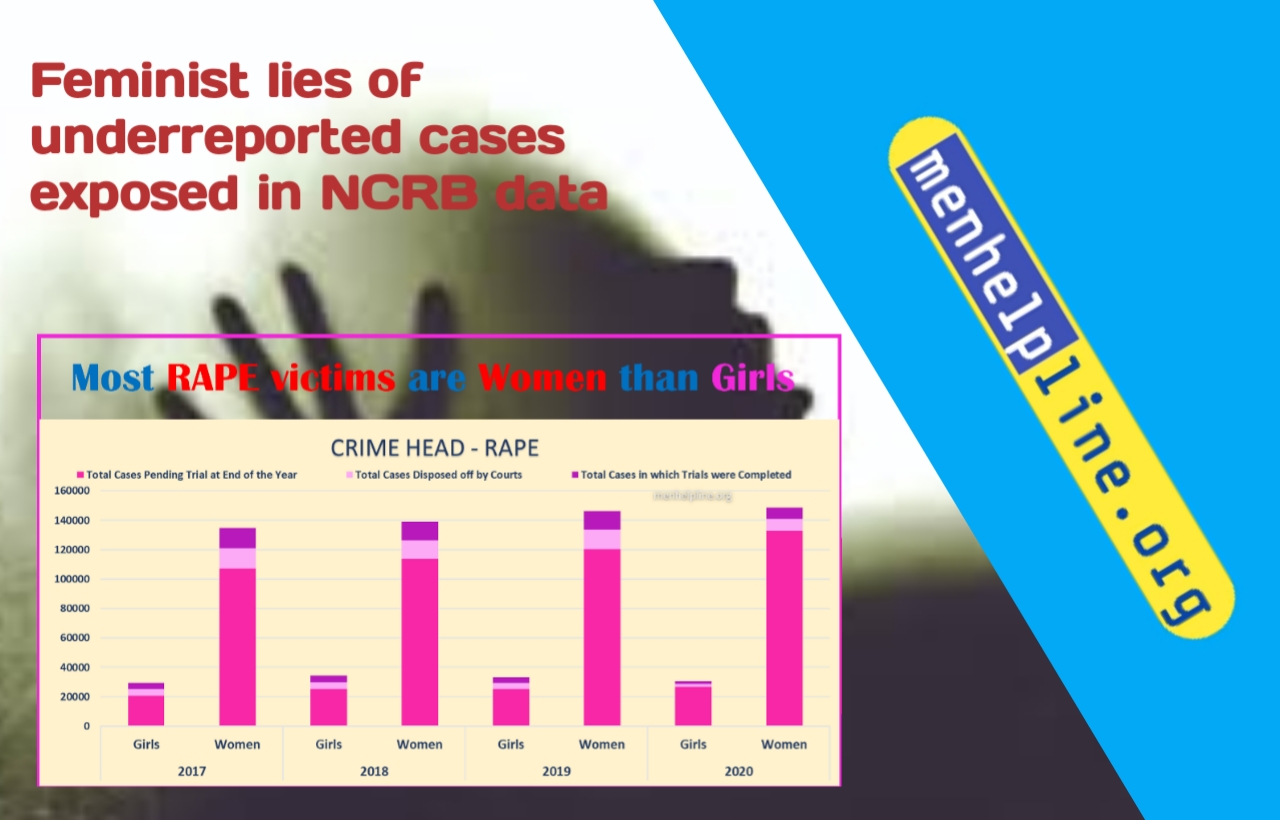 NCRB data for ‘Crime Against Women’ is exposing feminist lies and it is taking us even more closer to the argument of abuse of ‘process of law’.

Male rights activists are constantly raising their voice against the misuse of the process of law made to protect women from harassment, through which men are being harassed by falsely accusing them.

It is believed in the society that our girls are more vulnerable than women, but the NCRB data are just the opposite. Due to the graph of women is on much higher side, the feminist argument of underreported cases will not sustain with the said data.

Connecting Suicide in Married male with the CII reported

We have seen in thousands of cases, where women files cases under dowry harassment and they also include the occasions which attracts IPC sections related ‘unnatural sex’ on husband while some allegations attracts ‘attempt to commit rape’ or “rape’ on old aged father-in-law and kin.

The women’s putting all such baseless occasions and allegations just to harass the husband to a maximum extent and to put maximum pressure just to put husband and kin on their knees. And then the harassment begins for men for at-least 4-5 years.

Coming back to the NCRB data, it also reveals that most of the Rape cases are false considering the highest rate of acquittal.

Based on our experiences, that most the women’s who files cases are staying with their parents, so they do not believe in family traditions, and such laws are indirectly helping them to break the family in the name of Women Rights and Empowerment. Such women are using children as a tool to harass husband so they have nothing to do with family but at the same time they want free money from husband’s hard earned money without any responsibility.

Government should must analyze further the data that, how many cases of ‘unnatural sex’, ‘rape’ and ‘attempt to commit rape’ sustained in family dispute, while the men and their family harassed for so may years due to these sections.

We urge the government to help analyze the data and strengthen our family tradition that men have lost hope in.

One thought on “India: Women more vulnerable than girls, feminist lies exposed after NCRB data for ‘Crime Against Women’”