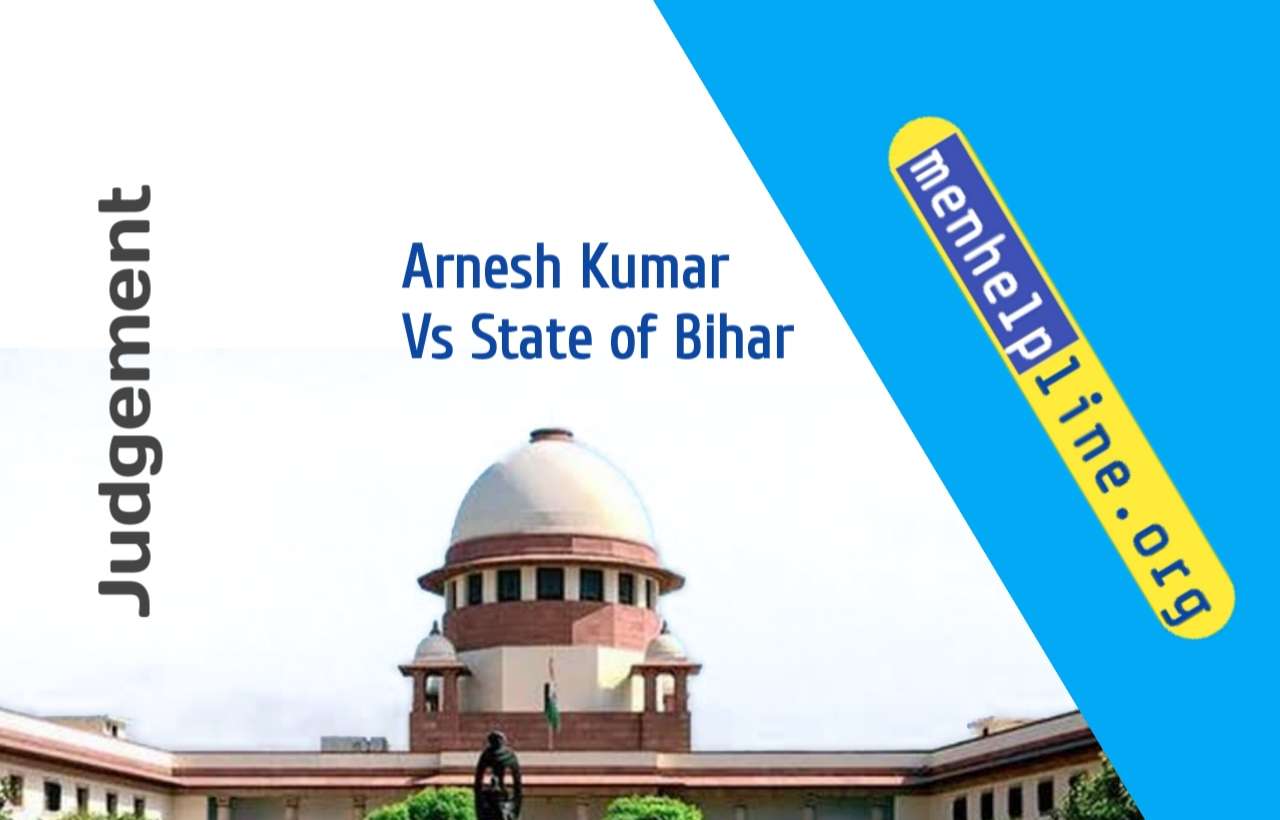 Arnesh Kumar case, a milestone due to various observations and guidelines issued by the Supreme Court over misuse of IPC Section 498A and arrest. Importantly it focused on the process and the justification for arrest and the need to stop automatic arrest.

The bench in the matter observed the ‘IPC Section 498A as weapon rather than the shield.’

“The fact that Section 498-A is a cognizable and non-bailable offence has lent it a dubious place of pride amongst the provisions that are used as weapons rather than shield by disgruntled wives. The simplest way to harass is to get the husband and his relatives arrested under this provision. In a quite number of cases, bed-ridden grand-fathers and grand-mothers of the husbands, their sisters living abroad for decades are arrested.”

The bench referring the National Crime Records Bureau (NCRB) data, observed that crime under IPC section 498A was the 4.5 percentage of total crime which was higher than all the crimes except theft and hurt. Also that under the IPC section 498A, more than 47 thousand females were arrested. The bench further observed that the ratio of charge sheet was more than 93 percent while conviction rate was only 15 percent.

“Nearly a quarter of those arrested under this provision in 2012 were women i.e. 47,951 which depicts that mothers and sisters of the husbands were liberally included in their arrest net. Its share is 6% out of the total persons arrested under the crimes committed under Indian Penal Code.”

The bench said that arrest bring humiliation which law makers understand while police has not learnt.

“Arrest brings humiliation, curtails freedom and cast scars forever. Law makers know it so also the police. There is a battle between the law makers and the police and it seems that police has not learnt its lesson; the lesson implicit and embodied in the Cr.PC.”

Further the bench stated about the need of balance between “individual liberty and societal order”.

“Law Commissions, Police Commissions and this Court in a large number of judgments emphasized the need to maintain a balance between individual liberty and societal order while exercising the power of arrest…Apart from power to arrest, the police officers must be able to justify the reasons thereof. No arrest can be made in a routine manner on a mere allegation of commission of an offence made against a person…the Parliament had to intervene and on the recommendation of the 177th Report of the Law Commission submitted in the year 2001, Section 41 of the Code of Criminal Procedure (for short ‘Cr.PC), in the present form came to be enacted”

The bench further asked all the State Government to pass appropriate instruction to police officers to stop automatic arrest.

“All the State Governments to instruct its police officers not to automatically arrest when a case under Section 498-A of the IPC is registered but to satisfy themselves about the necessity for arrest under the parameters laid down above flowing from Section 41, Cr.PC;”

Like Loading...
Categories:498a WhatsApp Group, Dowry Harassment, Mens Rights NGO
| Tags: Arnesh Kumar vs State Of Bihar, 498a Misuse, Arrest in 498a, False IPC 498a, Milestone case in 498a